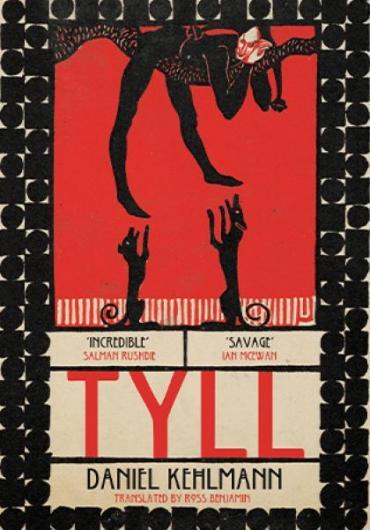 He’s a trickster, a player, a jester. His handshake’s like a pact with the devil, his smile like a crack in the clouds; he’s watching you now and he’s gone when you turn. Tyll Ulenspiegel is here!

In a village like every other village in Germany, a scrawny boy balances on a rope between two trees. He’s practising. He practises by the mill, by the blacksmiths; he practises in the forest at night, where the Cold Woman whispers and goblins roam. When he comes out, he will never be the same. Tyll will escape the ordinary villages. In the mines he will defy death. On the battlefield he will run faster than cannonballs. In the courts he will trick the heads of state. As a travelling entertainer, his journey will take him across the land and into the heart of a never-ending war. A prince’s doomed acceptance of the Bohemian throne has European armies lurching brutally for dominion and now the Winter King casts a sunless pall. Between the quests of fat counts, witch-hunters and scheming queens, Tyll dances his mocking fugue; exposing the folly of kings and the wisdom of fools.

With macabre humour and moving humanity, Daniel Kehlmann lifts this legend from medieval German folklore and enters him on the stage of the Thirty Years’ War. When citizens become the playthings of politics and puppetry, Tyll, in his demonic grace and his thirst for freedom, is the very spirit of rebellion – a cork in water, a laugh in the dark, a hero for all time.

We are a group of avid readers who originally met online via the Goodreads website but then realised we all lived within a reasonable distance of one another and could actually meet up physically to discuss books. This means that we talk a lot online still, but we also meet periodically in a London restaurant for an evening of discussion. Mostly, our discussions focus on some of the long and short lists for the major prizes (both Booker prizes feature heavily, but also the Women’s Prize for Fiction, the Goldsmiths Prize and the Republic of Consciousness Prize). While as a group we focus on books that are in the running for prizes, as individuals we bring a wide range of influences from translated fiction through to the Great American Novel, from experimental small press fiction through to the classics. 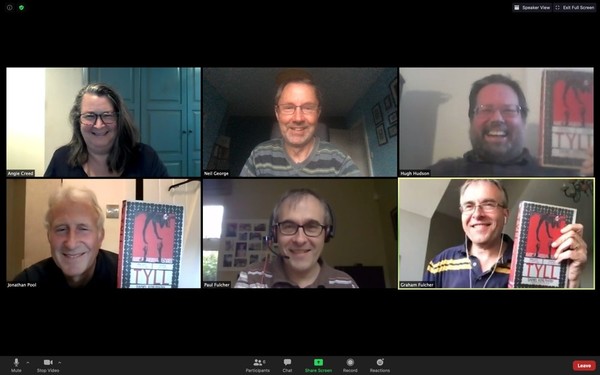 Our meeting started with a discussion of the shortlist as a whole. For those who have read all 6 books, Tyll has a different feel to the others (in particular books like Hurricane Season and The Discomfort of Evening). One member suggested that our book, Tyll, was the only one on the list that, had it been written in English, would (in a typical year) be in consideration for the English language Booker Prize, whereas several of the other books have more of the feel of books selected by The Goldsmiths Prize or The Republic of Consciousness Prize (two prizes our group follows closely).

We took some time for each member of the group to talk about their view of the book. One member called it a “stimulating read” with lots of discussion points and erudite references: he had been to an event at the British Library where Daniel Kehlmann was talking about the book. Between us, we had varying degrees of knowledge of the time period in which the book is set, ranging from quite detailed to absolutely zero! We discussed whether that background knowledge was necessary for reading the book and agreed it was fun to read even without the context but probably improved by understanding who the characters were and what some of the key events were. For one of our members, the book felt a bit lightweight in comparison with several of the other books on the shortlist, but he balanced this by acknowledging that there may be more going on under the surface, revealed by the historical knowledge, that makes the book better.

There were two key topics we discussed. Firstly the episodic nature of the book and secondly the concept of historical fiction.

We all said we enjoyed the episodic nature and felt it made for a better book. On the one hand, though, one member asked if it made the book more a collection of short stories rather than a coherent novel and we questioned whether the episodes where Tyll is not on the page are as effective as those where he is. To balance this, another member of the group pointed out the myriad of connections that run through the episodes and bring them together and even went as far as suggesting one section (the second which is the longest in the book) could be split in two (we discussed whether this would improve the book and there were arguments on both sides).

When it comes to historical fiction, we discussed what that means and whether the majority of books, being set in the past, are all really historical fiction. We appreciated the way that Kehlmann mixes fact and fiction in Tyll and one of our members in particular enjoyed chasing up some of the references to real people and events which uncover a whole new potential layer in the book.

We discussed whether it would be appropriate for this write up of our meeting to be a complete fabrication. Much of the book relates to ideas of plagiarism, ambiguity and fake or unreliable accounts of events, so an unreliable report here might be the “right thing” to do.

It is left as an exercise for the reader to decide whether the paragraphs above are what we talked about or whether they are an invented version of a meeting that never happened.

Have you read Tyll? Do you want to know what other readers thought? Leave your own review online.

Want to know more? Download a Readers’ Guide for Tyll, including information about the author, as well as some discussion notes and themed reading.