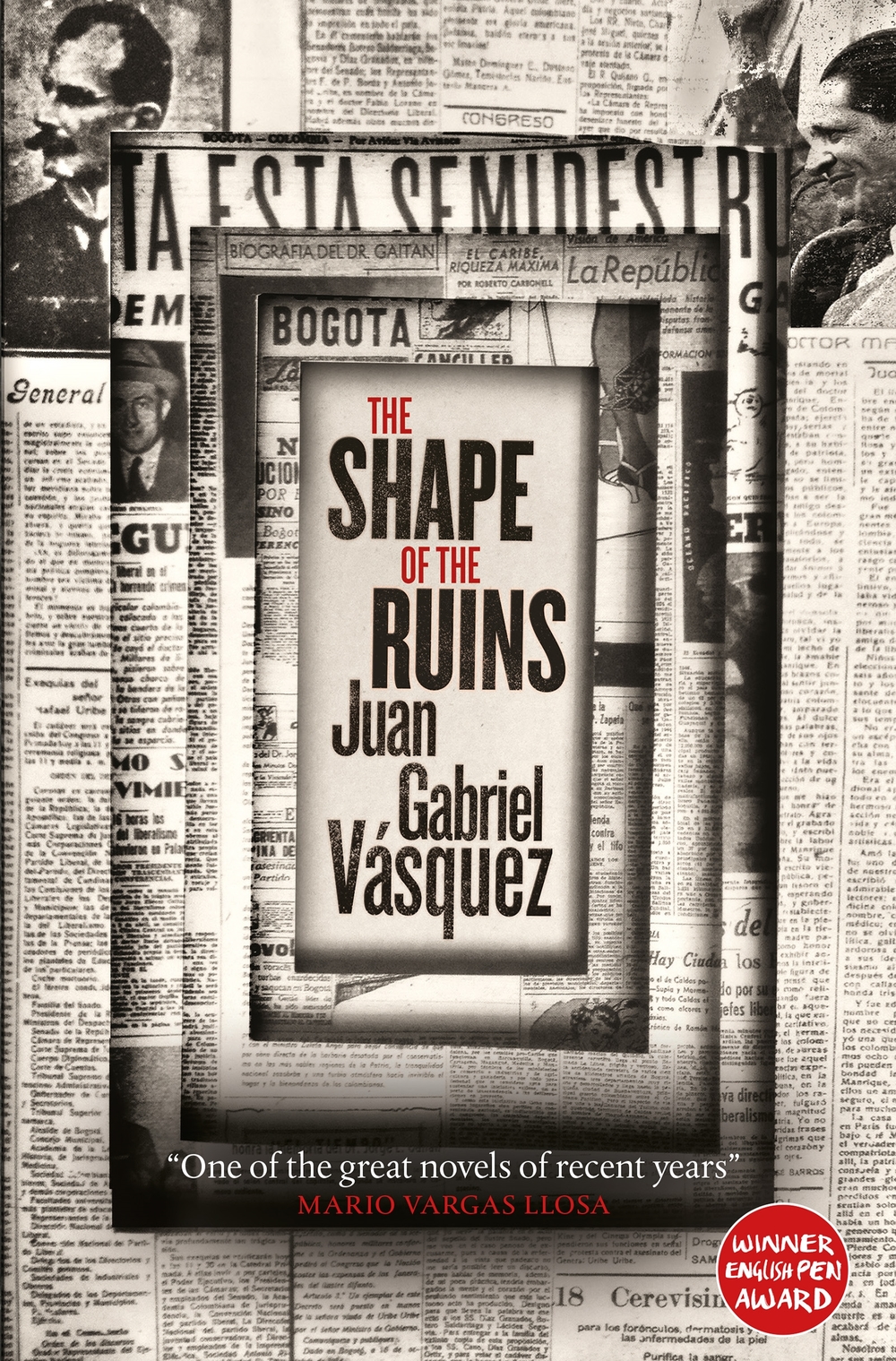 Book and Brew has been shadowing the Man Booker International Prize 2019 by reading The Shape of the Ruins by Juan Gabriel Vásquez, translated by Anne McLean.

Thoughts on The Shape of the Ruins

It’s difficult to categorise this book. It’s part memoir, part investigative journalism with the lines between fact and fiction incredibly blurred. The strength of this novel lies in its championing of the power of literature. Vásquez presents a world where literature is a noble pursuit whose purpose is to articulate the values and sensibilities of the time. Writers in the novel have a duty to investigate and unravel truth and share that with their country in order to clarify its sense of national identity.

If that sounds heavy, it is. This book is not a lightweight thriller; it’s a deep, detailed trawl through historic documents and conspiracy theories to get to the truth of two murders that have defined Colombia’s identity for decades.

The passion Vásquez has for his country and for his craft is evident and this book will surely convince you that literature has a major role in shaping the consciousness of nations.

This book is hard. Not because it reaches 500 pages or tackles a troubling subject; because it is densely written and swamped in the minutiae of archived documents, newspaper articles, autopsy reports and conspiracy theories. These details failed to drive the plot forward or engage my attention, instead making the already lengthy sections (they’re much longer than chapters) plod rather than canter at the pace I’d expect from this type of novel.

Carballo, the man who provided the book and is working with Vasquez to investigate the two murders, claims the book must be read four or five times to be understood and appreciated. At this point, I thought Vasquez was either oblivious to the pomposity he’d created or was sniggering behind his pen at the in-joke he’d produced. I’m still undecided.

Book and Brew is a book club of nine women who meet in Newcastle once a month. They didn’t know each other before joining the group but have become firm friends in the four years since they started getting together for monthly book chat. The group loves reading literary fiction but has also read sci-fi, dystopian fiction, crime, historical fiction and classics. One of the best things about being in a book club is discovering new voices, worlds and cultures by pushing your reading comfort zones. Book and Brew is really excited about the Man Booker International Prize as it will do just that.

Have you read The Shape of the Ruins? Do you want to know what other readers thought? Leave your own review online.

What to know more? Download a Readers’ Guide for The Shape of the Ruins, including information about the author, as well as some discussion notes and themed reading.