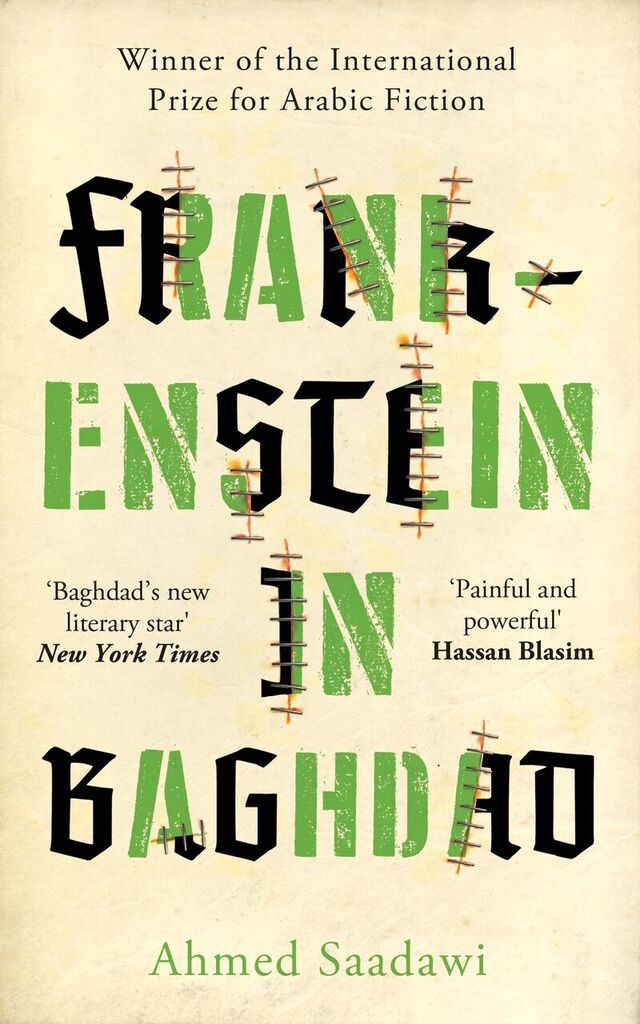 From the rubble-strewn streets of US-occupied Baghdad, the junk dealer Hadi collects human body parts and stitches them together to create a corpse. His goal, he claims, is for the government to recognize the parts as people and give them a proper burial. But when the corpse goes missing, a wave of eerie murders begins sweeping the city…

Have you read Frankenstein in Baghdad? Do you want to know what other readers thought? You can read in-depth reviews from our shadow reading group, or leave your own.

Want to know more? Download a Readers’ Guide for Frankenstein in Baghdad, including information about the author and translator, as well as some discussion notes and themed reading.

Want ideas on what to read next? We’ve created a supporting booklist with suggestions of other books that you might like to try if you enjoyed Frankenstein in Baghdad, including books with similar locations, writing styles or genres.

The view from Our Book Group

Our Book Group are one of the brilliant reading groups shadowing the prize this year, and have been reading Frankenstein in Baghdad. Read about their experience: 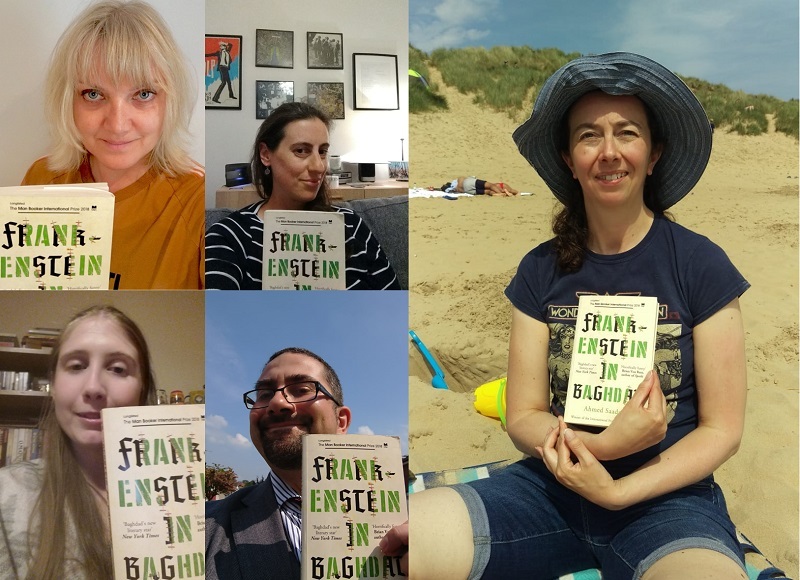 “Our Book Group’s discussion took place on Thursday, 17 May 2018. Before the discussion, four of us attended the MBI2018 event at Foyles in Charing Cross Road. This was a panel discussion with three of the translators of works shortlisted for the Man Booker International Prize 2018 and included the translator of the novel we have read; that is Jonathan Wright who translated Ahmed Saadawi’s Frankenstein in Baghdad. It was a fascinating session and illuminating on the mysterious work of three very different translators.

We then met a couple more members of Our Book Group and ate tapas while discussing the novel. Everyone had enjoyed the book and praised both its accessibility and the insight it provides into the life of everyday Iraqis.

At the talk, the translator had commented that Saadawi had started with the idea of a reanimated corpse and only later made the connection with the famous Frankenstein. This fits as the echoes are tangible and yet the story is not a pastiche of or homage to Mary Shelley’s famous novel or the multiple film versions of the tale. This novel is not focused on hubris or so much a tale of the tussle between creator and creation. Instead this book is far more about a community and the impact of the ‘whatsisname’ on their interweaved lives.

Individual comments in discussion centred on how it evokes living in Baghdad and the way the narrative weaves together characters and perspectives. The manner in which the novel depicts events and then revisits them from the point of view of a different character as part of their day is very well done and plays with the reader almost as the TV show ‘Lost’ used to do. We enjoyed the positive experience of reading about ongoing everyday life in a part of the world that is generally only portrayed negatively on the news. We appreciated the way the novel included characters who were Muslim, Christian and Jewish living side-by-side and the novel provoked a lively general discussion about culture and religion.

Our Book Group would recommend Frankenstein in Baghdad as an accessible and amusing read exploring interesting themes and providing insight into life in Baghdad for ordinary and varied Iraqis. It uses mild horror and the fantastic to tell a very real story of living in the almost absurd circumstances of war and occupation being normal. This book has provoked some of the most enthusiastic reviews of any we have read which probably comes down to the combination of being both admirable and enjoyable; a rare feat for a novel to be both at the same time.”