Focus on The Adventures of China Iron - International Booker Prize 2020 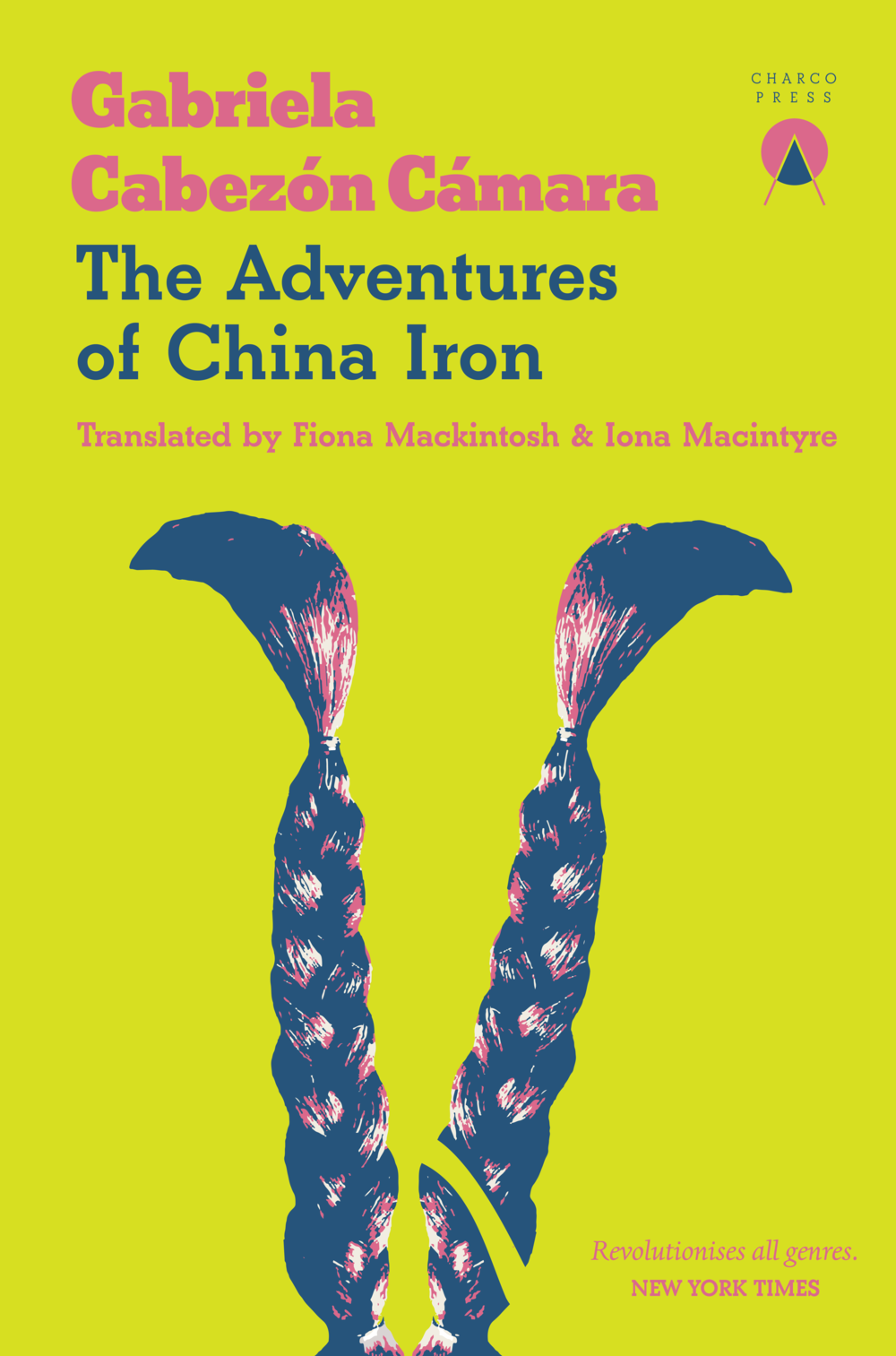 The Adventures of China Iron

I took off my dress and the petticoats and I put on the Englishman’s breeches and shirt. I put on his neckerchief and asked Liz to take the scissors and cut my hair short. My plait fell to the ground and there I was, a young lad. Good boy she said to me, then pulled my face towards her and kissed me on the mouth. It surprised me, I didn’t understand, I didn’t know you could do that and it was revealed to me so naturally: why wouldn’t you be able to do that? Liz’s imperious tongue entered my mouth, her spicy, flowery saliva tasted like curry and tea and lavender water.

1872. The pampas of Argentina. China is a young woman eking out an existence in a remote gaucho encampment. After her no-good husband is conscripted into the army, China bolts for freedom, setting off on a wagon journey through the pampas in the company of her new-found friend Liz, a settler from Scotland. While Liz provides China with a sentimental education and schools her in the nefarious ways of the British Empire, their eyes are opened to the wonders of Argentina’s richly diverse flora and fauna, cultures and languages, as well as to the ruthless violence involved in nation-building.

This subversive retelling of Argentina’s foundational gaucho epic Martín Fierro is a celebration of the colour and movement of the living world, the open road, love and sex, and the dream of lasting freedom. With humour and sophistication, Gabriela Cabezón Cámara has created a joyful, hallucinatory novel that is also an incisive critique of national myths.

Altofts Readers Group has been meeting monthly since 2004. We currently have a dozen members, including one or two who have been with us from the start. Although we are mainly female and all over 50, we have wide tastes in reading. We meet at our local community hub, where our community library is housed. Many of our reading group also help to run the library as volunteers. The fact that the bar is open on readers group nights is an added bonus! We also enjoy theatre trips, visits from authors and social events throughout the year. We will be discussing the book by email and WhatsApp, which may prove a challenge for some of our less technically-minded members!

This was the first time our group had reviewed a book that we had all read using electronic devices. In fact, about half of us were using an electronic device for the first time and we acknowledged that this probably influenced our view of this book, especially as some of us had had to adapt the time and place of our reading (Kindles and bath tubs don’t go well together!).

The group all had pretty similar ideas about this book. We all thought it was an interesting read and informative about Argentinian gaucho life in the 1870s. We agreed that it was very much a book of contrasts – contrasts in the experiences of China and Liz, contrasts between the traditional gaucho way of life and the industrialisation of Argentina, and contrasts between life in Colonel Hernandez’s fort and with the indigenous Linchin people.

None of us were familiar with the Argentine epic poem “El Gaucho Martin Fierro” before reading this book and we wondered whether we would have got more out of the book if we had studied the poem and its background first. Most of us felt the story felt somewhat fragmented and that may have been because it was written around the poem’s narrative. At least one of us struggled with some of the words and had to look them up, although this was felt to be more educational than distracting.

The book has three main parts. We enjoyed the story of the journey across the Pampas with its vivid description of the landscape and the friendship that develops between China and her British companion. We also enjoyed the raw grittiness and humour of the stay in the fort where China’s lesbian awakening with Liz is graphically described. The writing in the third part of the novel felt different and disjointed, almost as though the reader was looking through water. We acknowledged that this dreamy, surreal style evoked the hallucinatory effect of the mushrooms that the tribespeople were fond of but many of the group felt the step-change didn’t quite work.

We had a difference of opinion about the book’s ending. Some of us liked the happy-ever-after ending (after all, China had had a pretty tough life until then), others thought the ending seemed too contrived but recognised this may have been because it needed to reflect the ending of the original poem. One of our readers felt the ending was more melancholic than happy as China’s contentment could only be temporary in view of what the book told us was happening to indigenous tribes at that time.

Overall, we were pleased to have read this book charting the emotional, intellectual and sexual journey of China Iron during her adventures. Not necessarily a book we would recommend to everyone due to its disjointed style but interesting nonetheless.

Have you read The Adventures of China Iron? Do you want to know what other readers thought? Leave your own review online.

Want to know more? Download a Readers’ Guide for The Adventures of China Iron, including information about the author, as well as some discussion notes and themed reading.