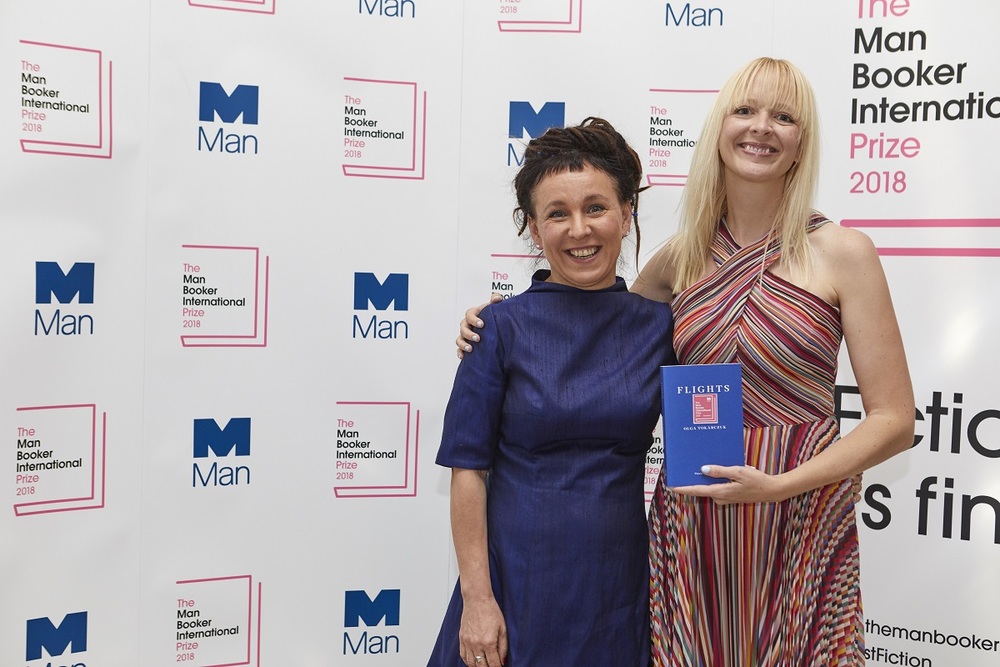 Flights by Olga Tokarczuk, translated by Jennifer Croft and published by Fitzcarraldo Editions, was announced as the winner of the Man Booker International Prize 2018 on Tuesday 22 May.

It is a novel about travel in the 21st century and human anatomy. It includes the story of Chopin’s heart as it makes the covert journey from Paris to Warsaw, stored in a tightly sealed jar beneath his sister’s skirt.

Flights guides the reader beyond the surface layer of modernity and towards the core of the very nature of humankind.

Olga Tokarczuk is a multiple award winner and bestseller in Poland whose work is now gaining recognition in the English-speaking world. She trained as a psychologist at the University of Warsaw, and her interest in Jung continues to influence her work. Her first book, a collection of poems, was published in 1989. She is the author of eight novels and two short-story collections. Alongside her writing she co-hosts a boutique literary festival near her home in Lower Silesia in southern Poland.

Jennifer Croft translates from Polish, Spanish and Ukrainian, having studied for an MFA in Literary Translation at the University of Iowa and lived in Argentina and Poland. Now resident in Los Angeles, she is a founding editor of the Buenos Aires Review.

The winner was announced at a ceremony at the Victoria and Albert Museum in London. It was selected from 108 submissions by a panel of five judges.

“…a writer of wonderful wit, imagination and literary panache.”

“Our deliberations were hardly easy, since our shortlist was such a strong one.” Comments chair of judges, Lisa Appignanesi. “But I’m very pleased to say that we decided on the great Polish writer Olga Tokarczuk as our winner: Tokarczuk is a writer of wonderful wit, imagination and literary panache. In Flights, brilliantly translated by Jennifer Croft, by a series of startling juxtapositions she flies us through a galaxy of departures and arrivals, stories and digressions, all the while exploring matters close to the contemporary and human predicament – where only plastic escapes mortality.”

The Man Booker International Prize and the Man Booker Prize for Fiction together reward the best books from around the globe that are published in the UK and are available in English.

Read reviews of the winning title, download a themed booklist for Flights, and take a look at the Readers’ Guides.

What do you think of the winner? Were you surprised? Share your thoughts online using #MBI2018 and tagging @readingagency.

Read all about our shadow reading groups.

Take a look at the brilliant #MBI2018 displays in libraries across the UK.