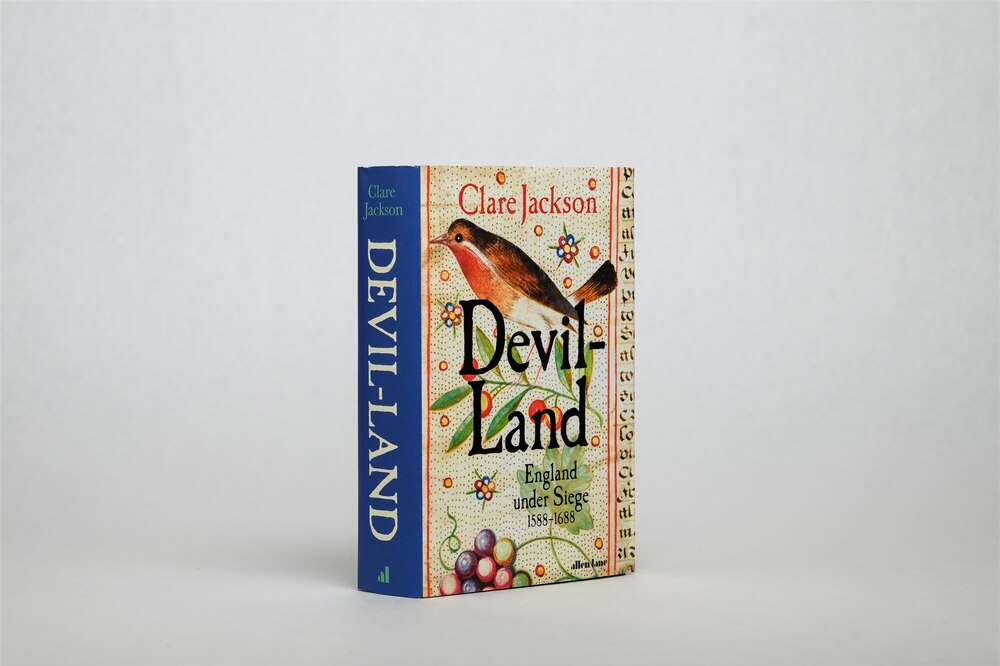 A compelling history of Britain’s tumultuous seventeenth century, Devil-Land: England Under Siege, 1588-1688 by Clare Jackson, has been announced as the winner of The Wolfson History Prize 2022, the UK’s most prestigious history writing prize.

Celebrating its 50th year in 2022, the Wolfson History Prize is awarded annually by the Wolfson Foundation to a work of historical non-fiction which combines excellence in research and writing, with readability for a general audience. To mark its anniversary, the prize fund was increased from £40,000 to £50,000 this year, with each shortlisted author also receiving £5,000.

Devil-Land: England Under Siege, 1588-1688 (Allen Lane) transports readers to seventeenth-century England, when the chaos of civil war, fire, plague and political division led European neighbours to refer to the country as ‘Devil-Land’. Using first-hand accounts from foreigners living in England, Jackson builds a compelling picture of a nation in a near-constant state of radicalism and crisis, from the eve of the Spanish Armada through to the Glorious Revolution.

“I am delighted and deeply honoured. I think the two twin characteristics of the Wolfson History Prize are its recognition of academic scholarship and readability for a general audience. I think it’s helpful to remember that we’ve been in lots of dark places before and England’s relationships with its European neighbours in the 17th century were fraught as much as they are today.”

“Devil-Land is a masterpiece of historical writing: a gripping book that brings to life the drama of 17th-century England, a time of rebellion, regicide, and civil war.

‘By looking at England from the perspective of European observers, Clare Jackson gives us a wider lens through which to view the period, helping us to see ourselves through the eyes of others. Devil-Land is a fitting winner of the Wolfson History Prize in this our fiftieth year, and we offer our warmest congratulations to Clare Jackson.’”

Find out more about the other books shortlisted for this year’s Wolfson History Prize in our shortlist article.

Promote The Wolfson History Prize in your library with our POS and digital pack. Enter our display competition by 8 July for a chance to win a set of this year’s six shortlisted books for your library. Head to our shop to order your pack.