Home / News / Competition to win a copy of a beautifully atmospheric new tale from the prize-winning, bestselling novelist Elizabeth Buchan

Competition to win a copy of a beautifully atmospheric new tale from the prize-winning, bestselling novelist Elizabeth Buchan 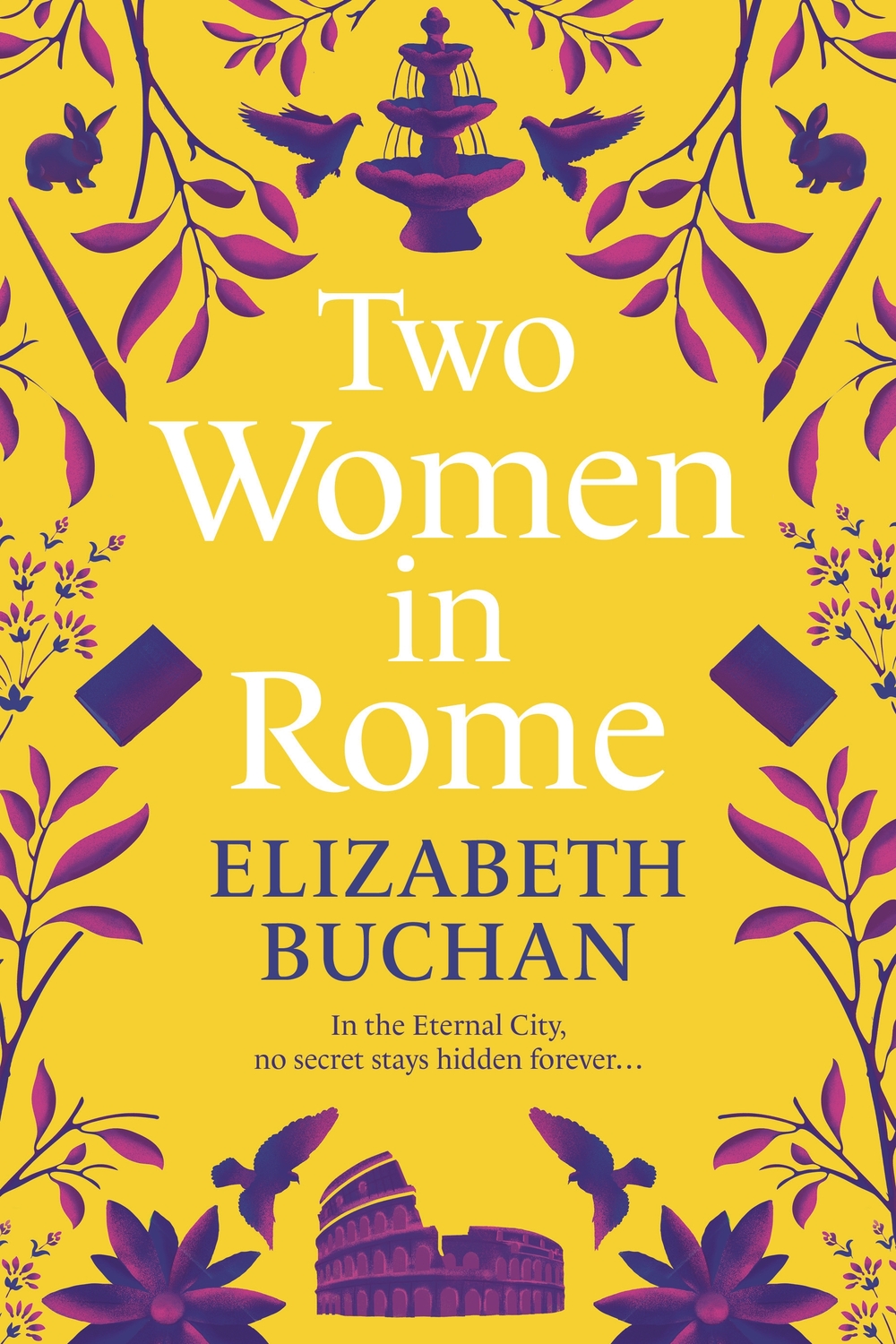 Elizabeth Buchan was a fiction editor at Random House before leaving to write full time. Her novels include the prize-winning Consider the Lily, international bestseller Revenge of the Middle-Aged Woman, The New Mrs Clifton and The Museum of Broken Promises. Her new novel, Two Women in Rome transports the reader to Rome in the 1970s and Rome today. We talked to Elizabeth to find out more about how she became a writer and the research for this novel.

What attracted you to Rome as the book’s setting?

My love story with Rome began when, aged eight, I climbed into a Lagos bound aircraft, en route to join my parents who I had not seen for a year. It was a bitter winter and London was Artic, but my grandmother insisted that I wore shorts in preparation for arrival in the tropics. To say that I hated her at that point is an understatement. It was a long flight with stopovers including Rome. Ushered across the tarmac, I stepped into a paradise. It was blissfully warm, there were shops full of things I had never seen before, smartly dressed people, and enticing hints of perfumes and tobacco.

I circled the terminal and an elderly and elegant gentleman saw me hovering by the cafeteria and, in English, asked if I would like some pasta (I know, I know, if it had been my daughter I would have had fifty fits). My first bite of spaghetti Bolognese ushered me into Roman heaven – robust, sophisticated and satisfying. It was a brief, but never-to-be forgotten, encounter and my gallant companion was kindness itself. He told me stories about emperors and painters and the Pope, before buying me Vatican stamps for my collection. He even reassured me that my grandmother had been very sensible about the despised shorts. I returned to the aircraft enchanted, nourished and much, much happier.

Later, I learnt about the other sides to the city: its multi layered pasts, its sophistication, its beauty, its style and its ability to survive whatever events, politics and history threw at it. Yet, it is the kindness of a Roman gentleman towards a bewildering shivering child stays with me.

You often place your characters in locations during times of political turmoil. Do the characters some first to you, or do you decide on the setting and work backwards?

Truthfully, I cannot say. The process varies. With The Revenge of the Middle-Aged Woman, I had the central character from the beginning. With The Museum of Broken Promises, I was haunted by the mock-up of an interrogation cell in Prague. With The New Mrs Clifton I took a slice of my family’s history when my aunt married a German directly after the Second World War and switched it around so that a British man brings back a German bride to a hostile, post-war London.

Lottie is an archivist and Nina restores Italian gardens. What was it about these professions that interested you? Was there a lot of research involved?

Both professions are involved in building bridges into the past to preserve a record of it and to make sense of the present. Post second-world war, the notable Italian gardens lapsed into decay. Restoring and reinterpreting their medieval and Renaissance histories was a formidable task and takes skill and imagination. So, too, does working in an archive. Yes, it has tighter procedures and regulations but it, too, demands empathy and imagination. Researching was enormous fun. Luckily, I had visited quite few Italian gardens before the virus hit and could only gaze at them longingly on-line when I wanted to check out a point.

How did you get into writing?

It got into me. During that period when I was separated from my family, I snatched at the only remedy I had to hand which was reading. Books were a life-saver and I devoured anything on which I could lay my hands – some of it totally unsuitable for my age but was grist to the mill. Stories filled my head and peopled my days and nights. It may be a cliché to confess it, but it seemed perfectly logical that, when I grew up, I should begin to write.

What advice would you give to someone writing their first novel?

Most people have crammed lives and little time and it is a real problem to get around that. However, if you are serious, don’t dream about writing, don’t be browbeaten into cleaning the fridge or doing the ironing, don’t say ‘tomorrow I’ll start’, sit down and write a hundred words which is achievable. Repeat the following day and the day after that. You will have begun.

We are running a competition to win a copy of Two Women in Rome and an Italian hamper! To enter tell us why you’d like to win the book on social media using #TwoWomeninRome and tag @ReadingAgency and @AtlanticBooks. The competition closes on Tuesday 22 June.