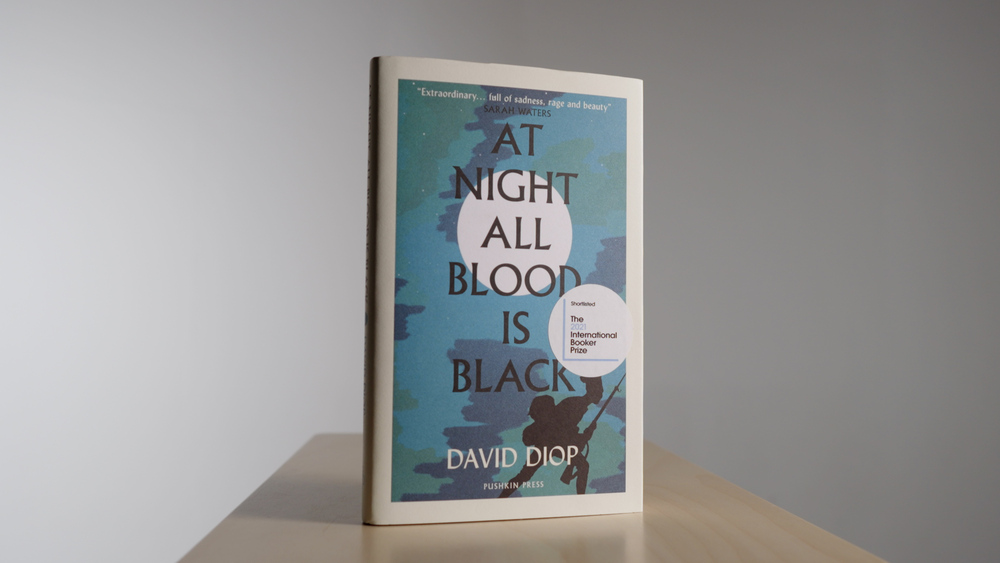 The International Booker Prize is awarded annually for a single book, translated into English and published in the UK or Ireland.

In June, the judges of the International Booker Prize chose At Night All Blood Is Black by David Diop, translated by Anna Moschovakis as the winner of the 2021 Prize. David Diop is the first French author to win the Prize. The winning book was chosen from a shortlist of six books, narrowed down from a longlist of thirteen titles by a judging panel.

Following the winner announcement, three reading groups have been reading and discussing At Night All Blood is Black. Read on for their thoughts.

If you’re discussing any of the shortlisted titles with your reading group, you can use discussion guides for each book provided by the Booker Prize.

Would your reading group like to be involved in upcoming read and review opportunities? Take a look at the noticeboard to see what’s currently available to apply for, and sign up to our newsletter to be the first to hear about future offers. 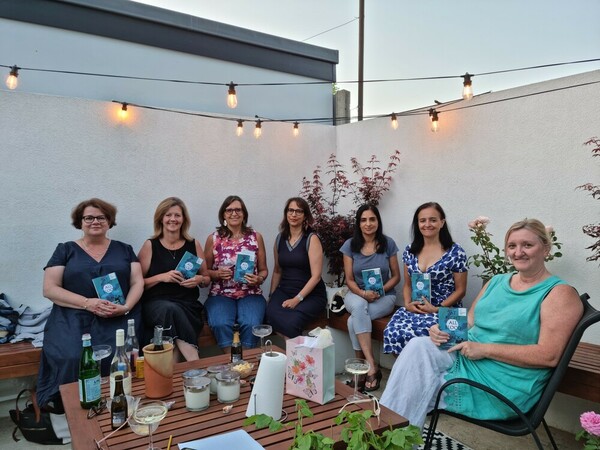 At Night All Blood is Black takes the reader on an incredible journey inside the mind of a Senegalese soldier (Alfa) fighting alongside his childhood friend in the Great War. When his friend suffers a terrible death on the battlefield, Alfa is propelled into a depraved search for vengeance and redemption, leaving the reader with an unsettling & confused sense of what it is like to live inside a derailed mind.

The language & translation are exquisite, juxtaposing the horror described.

The first part of the book depicts the French colonial demonisation of black soldiers and the horror of trench warfare, placing the reader in an uncomfortably tense state, whilst plainly describing the cruelty and barbarity of war and Alfa’s deviant behaviour.

The later chapters, set in a military hospital, convey a sense of safety, hope and the possibility of redemption, before cleverly using veiled and ambiguous language to describe the final events, potentially drawing readers to differing conclusions as to what actually took place. Even to the point of disagreement over whether an atrocity had indeed occurred, and leaves readers wondering as to Alfa’s delusions, trauma & spirituality.

Rarely does a book compel readers to reread and reinterpret their understanding as this book does.

The novel gives an insight into Senegalese culture and the beauty of their storytelling. The use of the fable of “the lion-sorcerer and the fickle princess” recounted in the final chapter alludes to the possibility of an explanation or understanding of the characters & events. No-one had a definitive interpretation but the description of cuts making the lion sorcerer real resonated; life’s experiences lead to deeper understanding and empathy.

This historical novel also highlights the little known history of the French Colonial use of African soldiers in the First World War, resonating with the Black Lives Matters movement, and the exploration of the mental state of those subjected to severe trauma, whilst not widely explored at the time, is today a timely comment on mental health.

David Diop retells the story of life in the trenches in World War One, from a West African perspective inside the mind of one young man, who is irrevocably affected by events. This book delivers a clear description of events whilst maintaining the ambiguity of a deviant perspective. A powerful & compelling read that stays with you. 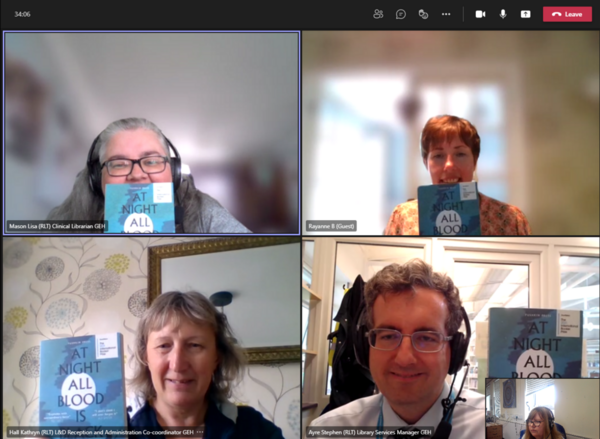 This month our reading group was lucky enough to be chosen by the Reading Agency to read David Diop’s 2021 International Booker Prize winning book At Night All Blood is Black, and whew, what a read it was! A short, accessible book, we all read it quickly, but there the similarities in our experiences ended. Some hated it, others loved it, some appreciated the language, others the historical aspects of the story. None of us were exactly sure of the ending, and we all had lots to talk about in our reading group meeting.

We used lots of descriptive terms when discussing the book. Shocking, brutal, strange came up regularly. Some of our number were entranced by the language, likening the repetition through the book to poetry. We all appreciated the quality of the translation – the language used was evocative and despite being translated, retained a flavour of the protagonist’s roots. We could see it being studied and analysed in university literature courses.

Some were glad they’d read it, although it wasn’t something most of us would have normally picked up. Others enjoyed the start more than the confusion of the end of the book, finding the descent into madness difficult to read. We enjoyed the historical notes, and many of us want to know more about the colonial contribution to World War 1. One of our members linked the book to trips to WW1 battlefields in Europe. It was certainly an aspect of the war we were not previously as aware of as we might have been.

Discussions ranged from the loss expressed in the novel to whether we the liked the translated title – we thought the French title (directly translated as Soul Brother) to be more apt. We had no shortage of discussion material despite it being a short book.

Our final thoughts were of a reader’s observation that the reasons she liked the reading group is the variety of books we read, that we would never otherwise pick up, and the different views and approach to each book by the group members. We agree, disagree, change one another’s points of view, and thoroughly enjoy ourselves. 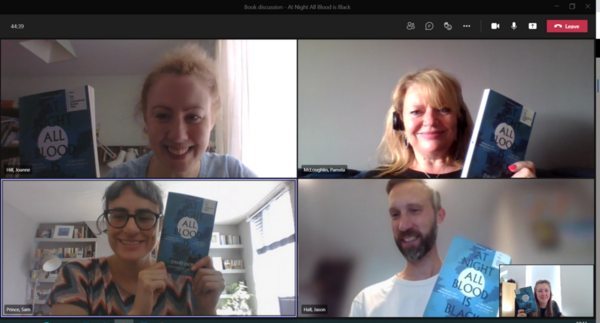 Discussing At Night All Blood Is Black was thought-provoking as we all came to the discussion with fundamentally the same opinion, and agreed on key themes of: mental health and Alfa’s descent into madness, the problematic representation of women, racism and racial stereotyping for example, but our different backgrounds and interests meant that we all took an interest in a different theme.

Our first observation was that the beginning of the book is quite repetitive which meant that it took us a while to get into. However, the general consensus was that towards the end, we all felt a lot more invested. We pondered the meaning of the repetition and how it could be a reflection of the oral tradition from which a Senegalese soldier might have come. Was his lack of French a limiting factor in his communication? It gave us hints of the epics – The Iliad, The Odyssey, and The Aeneid.

We also discussed how aware we were of colonial involvement in the war, the nuances of translation (would this be a completely different read in the original language – French?), knowledge of France and its relationship with its colonies, war history. Something else we did agree on was that we might have liked to see more explanation of Senegalese tradition, totems, names, history, symbolism etc. It felt lacking to us in explanation, but we did come to the conclusion that this might be a necessary part of the story – Alfa and Mademba are from a small town in Senegal, using the war as a stepping-stone to bigger things. We concluded it would be unlikely Alfa would have showed much interest in the politics of the Western powers, which could be why it seems omitted from his narration.

Whilst we struggled to form an opinion of At Night All Blood Is Black as an International Booker Prize Winner, we could see the merits of including it in English A level specifications as a comparative piece. Does this mean we didn’t enjoy it? We’re not sure!

What was really powerful though was that it opened up a long discussion about the relationship France, and other colonial powers such as the United Kingdom, have with their former colonies now and in the past.