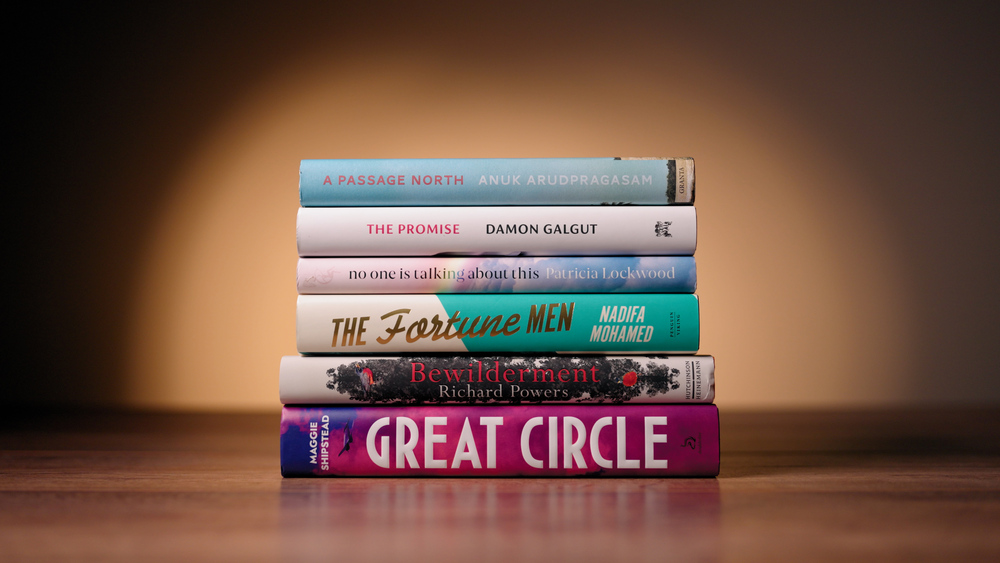 Readers of the six shortlisted books will explore life, memory and trauma in the devastating wake of Sri Lanka’s 30-year civil war; visit Pretoria during South Africa’s transition out of apartheid to watch the undoing of a white South African family; unpick the absurdities of our relentless exposure to social media when faced with the reality of human loss; witness a real-life battle against conspiracy, prejudice and a wrongful conviction for murder as a Somali seaman is hanged in Cardiff in the 1950s; experience the intense and moving love a father has for his troubled son as he pursues an experimental neurological therapy and searches for life on other planets; and travel through decades to learn of the enthralling, interwoven stories of two women: a mid-20th century aviator and a 21st century Hollywood star.

’With so many ambitious and intelligent books before us, the judges engaged in rich discussions not only about the qualities of any given title, but often about the purpose of fiction itself. We are pleased to present a shortlist that delivers as wide a range of original
stories as it does voices and styles.

‘Perhaps appropriately for our times, these novels share an interest in how individuals are both animated and constrained by forces larger than themselves. Some are acutely introspective, taking us into the mind of a Tamil man tracing the scars of Sri Lanka’s civil war, and an American woman unplugging from the internet to cope with a family crisis. Some enter communities in the throes of historical transformation: the Cardiff docklands in the early years of British decolonisation, and the veld around Pretoria in the last years of apartheid. And some have global sweep, following a mid-century aviator in her attempt to circumnavigate the planet, and a present-day astrobiologist raising a son haunted by climate change. While each book is immersive in itself, together they are an expansive demonstration of what fiction is doing today.’

’This year, over the course of nine largely solitary months, five strangers of disparate backgrounds showed each other what they saw in stories—what dazzled them or challenged them, what touched them or left them unmoved. In the process they showed something of themselves, and came to trust each other as a result.

’They also proved that the best literature is elastic: both because so many different things can be seen in it, and because—as one of the judges said—the best of fiction can make you feel as though your mind, or heart, are a little bit larger for having read it.

‘In congratulating the shortlistees, it’s worth remembering how true this remains of the 2021 longlist, all of which will continue to be celebrated at thebookerprizes.com, the new home of the prizes and the half-century-old Booker Library.’

The 2021 winner announcement and shortlist events

The 2021 winner will be announced on Wednesday 3 November in an award ceremony held in partnership with the BBC at Broadcasting House’s Radio Theatre. It will be broadcast live on BBC Radio 4’s Front Row, BBC iPlayer, and BBC News Channel. The winner of the 2021 Booker Prize receives £50,000 and can expect international recognition.

In the meantime, BBC Radio 4’s Front Row is running its successful Booker Prize Book Groups for a third year with each of the six shortlisted books and authors. There will also be two hybrid in-person and digital public events featuring interviews with and readings from the authors: at Coventry University, as part of the UK City of Culture 2021 celebrations, on Friday 29 October, 7.30pm, chaired by Lemn Sissay (booking details to follow); and at Southbank Centre on Sunday 31 October, 7.30pm chaired by Kit de Waal (in-person tickets available here and digital here).

The winner will be interviewed live online in their first public event on Tuesday 9 November in partnership with Guardian Live. They will also take part in a digital event for Hay Festival’s Winter Weekend, which runs from 24-28 November at hayfestival.com.

Reading groups have until 20 July to apply to shadow the Booker Prize 2021 shortlist. Groups will be allocated one title to read and review. Apply now.

Take a look at the longlist that was announced in July 2021.