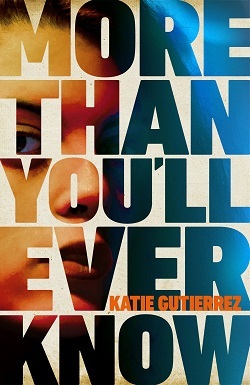 The next book to be featured on the Radio 2 Book Club with Steve Wright will be More Than You’ll Ever Know, a gripping and powerful debut novel by Katie Gutierrez. The book was released on 7 July and Katie will be on the show with Steve on Wednesday 7 September.

More Than You’ll Ever Know

Lore Rivera was married to two men at once. She led a secret double life – until one man shot the other.

That’s the story the world knows.

But true-crime writer Cassie Bowman wants to know more – about the mysterious woman at the heart of it all, and about what really happened the night of that tragic murder.

How did Lore lead two lives? How did it feel when it all came crashing down?

Cassie is surprised that Lore is willing to talk. But as what really happened that fateful summer of 1986 unfurls, will either woman be prepared when the truth comes to light?

The book was selected with the help of a panel of library staff from across the UK. Our readers loved More Than You’ll Ever Know – here are some of their comments:

“This is far more than an intriguing exposé of marriage and murder; in 1985 Lore Rivera is a hard-working, Texan mother with a husband and twin sons she adores, and a once comfortable lifestyle made shaky by the economy and big bank collapses south of the border. Lore also leads a double life in Mexico City with a second husband, a subterfuge that explodes when her secret unravels and one husband shoots the other. By 2017, her sons are grown with families of their own and her husband is serving the last few years of a lengthy sentence for homicide. Enter true-crime writer Cassie Bowman who is eager for the one story that will make her career and elevate her beyond writing lurid blogs. Cassie suspects that there is more to the original murder than meets the eye, more than was exposed by the police investigation. When Lore agrees to be interviewed, it begins a complex relationship between the two and also forces Cassie to confront her own demons.

What makes this novel work so well is the voices of Lore and Cassie and the way their relationship develops. The 2017 sections are written in the first-person, from both perspectives, and the secrets they have carefully concealed are revealed gradually. In 1985 the reader meets a young Lore with her beloved husband Fabian and their ‘cuates’. Life is increasingly difficult, and Lore has become the family’s financial mainstay. Her work for a local bank means regular business trips to Mexico City; and, when she meets the charming Andres Russo, their romance culminates in Lore’s bigamous marriage. Over 30 years after the murder, Cassie sees the opportunity to dig deeper into the case and becomes increasingly more obsessed with uncovering the real events behind Andres’ murder, and how Lore has can justify her behaviour. This is to the detriment of her own relationships, particularly the potential harm to which she has exposed her young brother.

Both Cassie and Lore are written with empathy and develop as complex women. The 1985 sections were well-researched in terms of detailing both the collapse of the Mexican economy and its impact upon big US banks and the devastating 1985 earthquake which destroyed so much of Mexico City, and which Lore and Andres survive. I knew nothing about either, beyond the sketchiest details and interweaving these with Lore’s story is deftly executed. Andres refers to Mexico City as “the constantly sinking land”, and this is true in many ways of both Lore’s and Cassie’s lives. Lots for readers’ group discussion and the calibre of the writing is exceptional.”

“I thoroughly enjoyed this, totally focused on two women Cassie and Lore. Gutierrez used each of their voices to tell the story, which was exactly the right thing for the author to do, not least in that we flipped across multiple timelines as she explored both Lore and Cassie’s past. Their pasts were important as the consequences played a huge part in their present for numerous different reasons. For Cassie, it was a childhood and a family she kept from current fiancé Duke, never letting him meet, never divulging the trauma she suffered. It was different for Lore, she was already an adult, a wife, a mother, had a successful career in banking, Mexico was in recession, her husband’s business failing, life was difficult. Her life line were monthly trips to Laredo where she met Andres and a double life ensued, another family, another marriage, secrets that could never surface. When one husband is shot dead and the other is convicted, how did Lore live with that, how did she reason with herself and indeed her two sons? It was Cassie that used her pretence of writing a book to explore Lore’s side of the story that opened a veritable can of worms for both women. I loved how the author explored Lore’s loneliness within her marriage, not that she didn’t love Fabian, Andres just often something different, excitement, intellectual stimulation, great sex and an escape from the humdrum of a long marriage. You had to ask yourself if her second marriage was the act of a selfish women, the ensuing consequences all of her own making, whether or not you felt empathy or even sorry for her. I was in two minds for much of the novel, but as the true story emerged my views flipped around, could a woman really have it all? Cassie our investigator became almost obsessed, and you watched with sorrow as her own relationship disintegrated. But maybe it had to disintegrate, maybe the more she dug deep into Lore’s story and answered Lore’s own deeply searching questions she too had to re-evaluate but also make peace with her own family. A real twist towards the end, and although not crime novel in the traditional sense, lots of talking points and really well written.”

“I don’t usually go for books in this genre but this was good. Taught, suspenseful and gripping it kept me reading. I liked the relationship between Cassie and Lore – two women trying to do their best. You get a real sense of the locations, the grit and dust and dirt and that seemed to muddy the tale too – I liked that.” 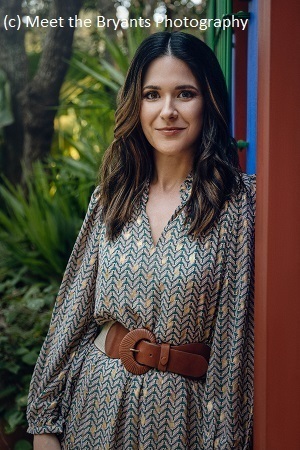 Katie Gutierrez, a Mexican-American debut novelist from Texas, has an MFA from Texas State University, and has written for Harper’s Bazaar, the Washington Post, Longreads, and more. She was born and raised in Laredo, Texas, a city on the U.S.-Mexico border, and now lives in San Antonio with her husband and two young children. More Than You’ll Ever Know is her debut novel.

A word from Katie

“I’m so honored that More Than You’ll Ever Know has been selected as a BBC Radio 2 Book Club pick! Just this weekend I took my four-year-old daughter and two-year-old son to get their first library cards. We spent an hour freewheeling in the children’s section, where they brought me book after book to read to them on a yellow bench, in the colorful light filtered through a rainbow window screen. Their joy reminded me of my own when my mom took me to the library as a kid, and I marveled both that I could choose any book I wanted, and that I could live at the library my whole life and never read every story contained within. Even then I hoped my own books would find their place on a library shelf one day, so it’s incredibly meaningful to me that it’s librarians, along with the Reading Agency, who have chosen my novel for the Book Club. With all my heart, thank you.”

Tune in to the Steve Wright show on Wednesday 7 September to hear a live interview with Katie.

Have you read More Than You’ll Ever Know?

Planning to buy More Than You’ll Ever Know for your group? Buy books from Hive or from Bookshop.org and support The Reading Agency and local bookshops at no extra cost to you.